This will be the first article on gold and how it may be used as part of a diversified investment portfolio. This will focus on the gold bull market, the resulting correction, and the current state of the market. There will be more articles in the future as the market evolves.

When I started me career in February 2000, the technology equity market was soaring. In the U.S. internet stocks fueled the Nasdaq Composite to dizzying heights and in Canada Nortel Networks was trading at over $120.00/share making it the largest percentage weighting in the market. Other industries and sectors including banks, real estate, and natural resources were largely ignored as they were considered old fashioned. Many Canadian Equity mutual funds began to own U.S. listed technology stocks in order to keep up with the market. Over the following couple of years 2000-2002, the technology equity market collapsed (down 78.41% peak to trough) and capital rotated into the more predictable and established sectors of the market. 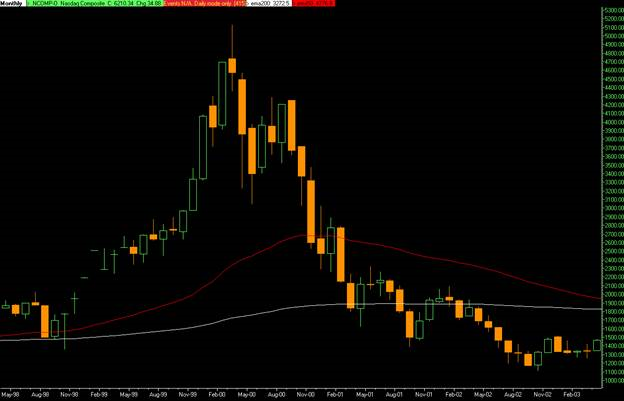 The collapse in the technology market, along with growing geopolitical concerns after 911, created the environment for a long bull market in gold and gold mining equities. The Federal Reserve in the U.S. lowered interest rates aggressively in an effort to boost economic growth. Precious metals as an asset class grew from relative obscurity into being an important part of the average diversified portfolio in a relatively short period of time. 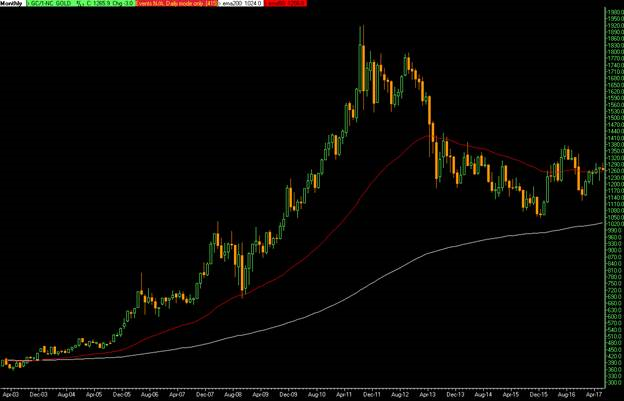 In November 2004, the SPDR Gold Trust (GLD) was created in reaction to the growing popularity of bullion. This was an Exchange Traded Fund (ETF) that was created to track the price of gold. Rather than buying physical gold or gold certificates, investors could now buy and sell gold quickly and efficiently. The ETF would prove to be extremely popular as the price of gold moved higher and the GLD would become one of the largest single owners of gold in the world.

The housing and credit crisis of 2007-2008 created another level of Central Bank stimulus intervention with the introduction of new techniques such as quantitative easing (QE). This perceived “printing of money” and the growth in the debt levels of sovereigns around the world increased the attractiveness of gold as an investment. From the lows of the financial crisis in 2008, gold almost tripled in just three years.

The creation and existence the GLD was a perceived positive for the gold market but it did create a structural vulnerability for the market that would be realized in the Spring of 2013. As gold started to correct over concerns about the potential for the U.S. Fed to raise interest rates, investors sold a very large amount of gold from the GLD in a period of just a few months. The GLD made it much easier for investors to buy gold exposure but it also made it much easier for them to sell quickly. This physical supply of gold was bought by central banks including China and Russia but the selling did create dislocation and uncertainty in the market.

The period of 2013-2015 was a difficult time in the gold market as the panic of the Spring of 2013 led to a period of uncertainty and malaise. Many portfolio managers and investors chose to reduce and/or eliminate their exposure to the gold market during this period despite  the prevalence of large secular issues such as sovereign debt and global currency debasement.

In retrospect, the correction in gold appears to perfectly normal in the context of the exceptional move from 2001-2011. Despite the pullback in gold bullion, it has still outperformed the U.S. stock market (S&P 500) over the past 17 years. After three difficult years, 2016 was an excellent year for gold investments and investor Interest in precious metals appears to be increasing in 2017 due to both economic and political factors.

Gold has at times been lauded and at times ridiculed by investors and this pattern will almost certainly continue in the future. It is an emotional and at times controversial asset class and many market participants appear to not appreciate or understand its history and significance.  The coming years should prove to be exceptionally dynamic and the inclusion of gold bullion and/or gold mining equity in a balanced investment portfolio may offer greater diversification, protection, and performance. The path for gold may not be a straight line higher but the best days may lie ahead as the issues of global debt and currency volatility accelerate. As always, the main goal should be a balanced portfolio.

Options for gold investment will be explored in greater detail in future articles.

All data sourced from Thomson One